It’s been almost a month since I officially left the calendar, and with that I meant turning 32. It surprisingly felt weird, but as they always say, there’s no need to fret as past the calendar numbers are the Bingo numbers (not that it’s really an issue for me). As usual, I disabled my Facebook wall for that day because I’ve never been a fan of people posting just for the sake of it (with “HBD” being the worst). That being said, I’ve always been appreciative to those who greet in their own ways. And for someone who doesn’t acknowledge everyone in an aggregated thank you post at the end of the day, I always reciprocate. 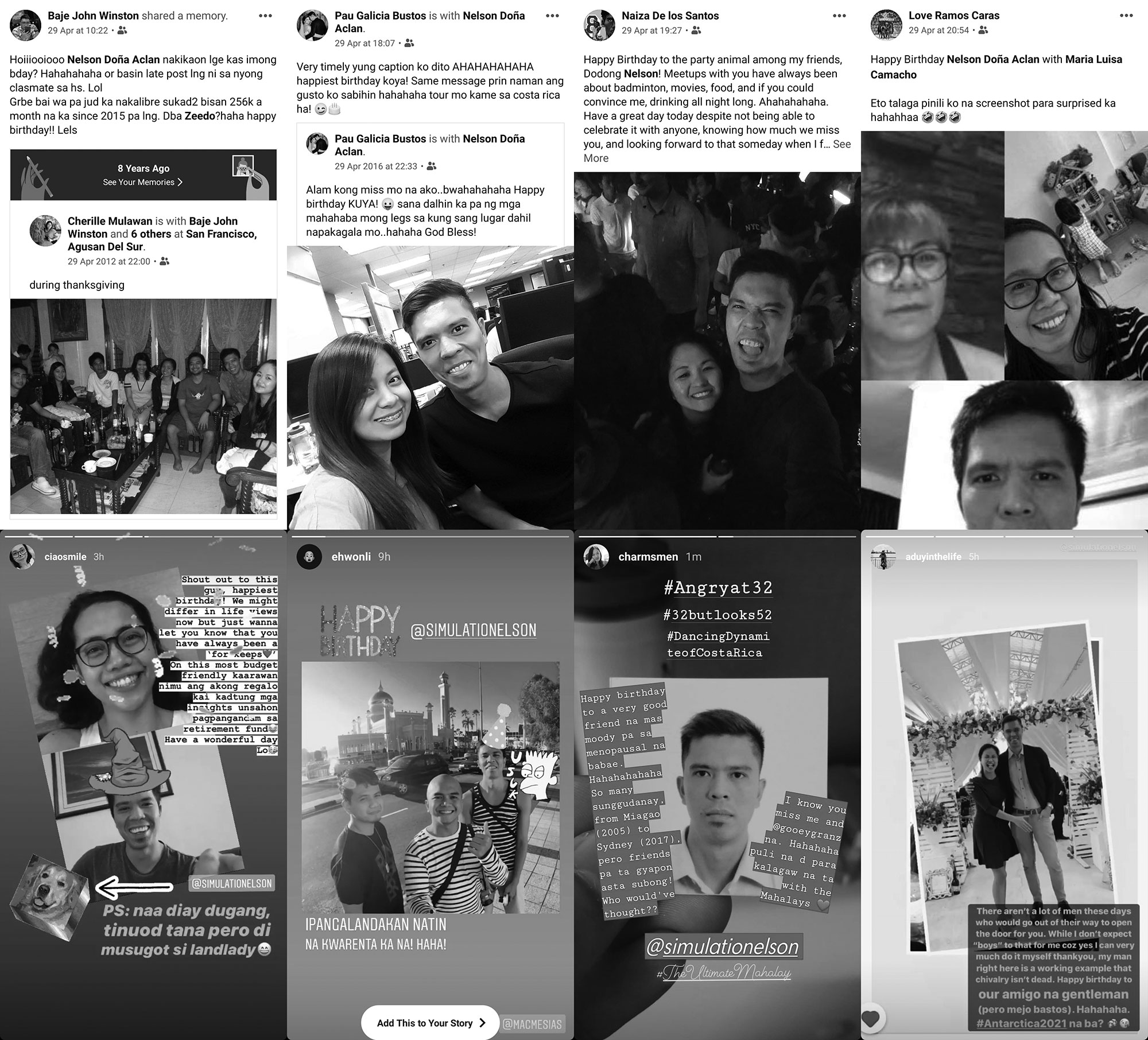 It so happened that I even had a virtual salubong with college friends which lasted for more than three hours until around 3:00 AM. Seven Kelers made the cut and I still made it (I think?) to a meeting 30 minutes past six. The statement below is so on point. Even I myself was bothered.

With people just staying at their homes, I didn’t really plan any form of celebration but then one of my Filipino colleagues was expecting a Filipino couple at their place and so we arranged for some drinks. That Topple game was very handy, a great alternative to Jenga. We also lasted until around 3:00 AM and for staying that long there was no helping sharing to them how I almost didn’t make it back from Colombia (the trip which triggered a “birthday rant“).

In other news, let’s go to the title of this post. With the pandemic ravaging economies, things have not been easy for so many people. Many plans went down the drain and so many lost their jobs. In fact, it wasn’t any good news for us at work too, as majority of us ended up in the same boat. The moment I heard from the client that measures were already being done on their side, I already knew what was about to come.

It’s been quite stressful that in the end I decided to use my earned leave credits this year, towards my last day. It’s not the best time to be away from home especially that my parents are not any younger so I’m totally fine with going home but the problem is currently there are no flights and even if I make it back, I may not be able to ultimately get to my hometown because of the lockdowns.

Everyone’s fighting their own battles even more right now with the world fighting against something it can’t even see. It actually made me realize that I wanna be on sabbatical until the rest of the year. However, given my circumstances, I might as well try my best in looking for a new opportunity until such time that the dust settles.