For a change, I spent Valentine’s Day on the beach with two of my roommates during my first year in college. On the eve of the Dinagyang Festival last month, we were out drinking celebrating it our way; that’s where they mentioned their plan of visiting Marinduque. As I can’t just let this life pass by with my seemingly growing love for the beach, I didn’t bother putting up a fight.

END_OF_DOCUMENT_TOKEN_TO_BE_REPLACED

Last night I was already about to wrap up a post about our Malaysia trip over two months ago when it struck me how negligent and incompetent I am for not being able to accomplish it way earlier. Thus, at the last minute, I decided to move the draft to the Trash. It just didn’t feel right anymore. Even until now, my attention span is probably the most important thing that I need to improve on. Even selecting pictures to be uploaded on Facebook takes me weeks! :wtf: Having said that, I’ll just leave here a link to the review I made of the place where we stayed at in Malaysia: Raizzy’s Guesthouse 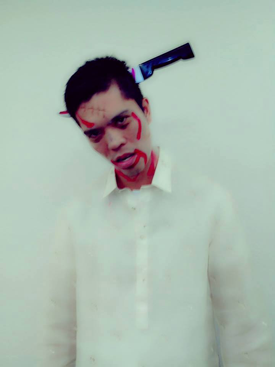 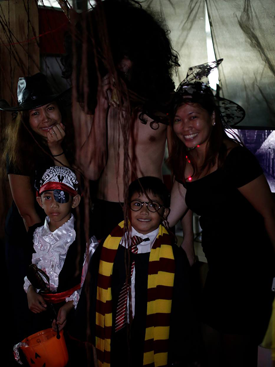 For this year’s Halloween celebration at work I once again ended up in a costume. Well, technically I wasn’t really in any because of the mythical creature I was portraying as part of our team’s theme. If last year I was a zombie in a Barong Tagalog trying to become a part of Plants vs. Zombies 2 (damn, this makes me remember how that dress got ruined), this year I happened to be a Kapre. During the trick-or-treating activity some kids actually didn’t go near me unless they hear me sounding like a human or reaching out candies to them. It seemed they were truly terrified after seeing the other side of the office where apparently horror flicks were being shown on the screens. All in all, I once again had fun in Halloween. Also, I got to keep the pants-turned-shorts that I wore, and I have this very great feeling that I’ll be using it again in the future.