From our laboratory, I can clearly see the morning light now. We’re at school again, not that we’re exaggeratedly early birds dying over the Internet, but it’s our fourth time for this semester alone that we stayed overnight to do a project. It was only during the first one where I got the chance to sleep (and my classmates took picture of me which a classmate considered as a non-convincing scandal 😆 ). The project we are trying to do right now is, at last, not on SE but on database design. If it weren’t for this, I would have already packed for my summer migration. This is actually scary, since our teacher really informed us beforehand that we’ll get an INC if we won’t be able to pass this. The problem here is, I don’t know how to do a freaking JDBC.

For two consecutive days, I went to school without taking a bath :tongue: (now, the number of such days has really become countless). The first one was last Thursday, when we also had an overnight for the final version of our project prototype and I came back at the dorm around 6:30 only to face my computer and jot down notes for our report on Solaris at 8:30. I wasn’t actually able to report that day, since we were the last group. That afternoon, our labor paid off when we had our defense fast and smooth unlike the group preceding us. Yesterday was the second. I woke up at 10:30 when our report was set to start at 9:00. When I arrived at our room, our group was already the one reporting (this one’s not yet on Solaris, but on IBM DB2 Universal Database). Of course, I drew attention from everyone — I had an obvious haggard look of just waking up. :laugh:

It was 3:00 in the morning when we watched Sweeney Todd today. A little two-hour break from tapping the keyboards was just necessary. It was morbid, ugh. I really liked the fact that the kid was the one who killed Mr. T. Many said that his dying position was cool but for me it was just…okay. I still can’t look straight when it comes to watching scenes of throat-slitting. The heck. It’s as if I can feel it. 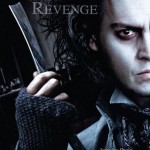 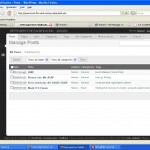