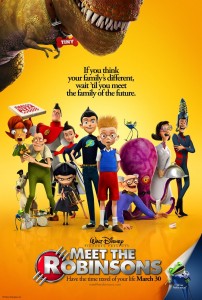 Over the past weeks I have met a number of people I originally met during my undergrad years. The first one was a Math faculty who resigned from school and is currently taking up his MS. Then there was another one I met just last week — one of my teachers in Calculus. She’s taking a wicked PhD. Third on the list was my dormmaate when I was a freshman. I couldn’t believe it took her time (and even had to listen to me speak about our place first) to recognize me. The last on the list was a Social Sciences and Philosophy faculty whom I’ve never talked to at school. I, together with two dormmates currently reviewing for their board exam, was on the same jeepney with him after attending the mass. I’ve been told there are still more around the area where I’m at right now. If the world continues to contract, then for sure someone will be waving at me or suddenly talk to me while I’m staring into nothingness worrying about exams and projects in the coming days.

Feeling pumped up at school lately have become a good reason for me not to stop my daily intake of oxygen. First, it turns out that there are three of us who are Cebuano-speaking in class. Second, I’ve finally been to technoHUB, and I got aroused of the idea of working in such a cloudless turf. Third, despite that a project’s been with us for about a week now, things seem to continue going well with my groupmates. Just earlier tonight we ordered food from Jollibee to be delivered at school while we were working overtime. Guess what. The guy who made the delivery is also from Mindanao. I might be considered nuts, but I’ve always adored the idea of meeting people (in a place where they’re not supposed to be…something like that) that knows how to speak the language/s that I can deliver or comprehend. Finally, I got to watch “Meet the Robinsons” at last. See it and make your judgment.

Around here, however, we don’t look backwards for very long. We keep moving forward, opening up new doors and doing new things, because we’re curious… And curiosity keeps leading us down new paths.