A Day in QC Hell

It was two weeks ago when I first applied for an NBI clearance. Despite the long queues, it was indeed systemized, as what my informant said. Guards patrolled but there were people who sell pens and envelopes and shout at each other like they own the place. What a nuisance.

After finishing in a counter, one has to go to the end of another line for the next one. It may be logically equivalent, but wouldn’t it be more convenient for people to jump from one counter immediately to another? Manpower… Then again, what if the person on the other side of the window is simply mataray at wala sa lugar?

In her frizzy hair flowered with a headband, she was irritating. (Really, fields indicating places in computer forms should just be drop-down menus to end all insanity!) Even if she was correct, she needn’t to cross her brows and nag like a commentator. It only made her older-looking… This is a problem with most employees that deal with customers — they aren’t, in any way, suited for the task! It should be assigned to someone proactive. In other words, a person who’s pleasing and not stupid. Let us take this scenario:

You walk into an office to transact but you don’t know where to start. You then notice a girl painted with heavy makeup gossiping to a colleague or over the phone. She doesn’t look at you yet you know she sees you. Now, what?

Amidst my standing for five hours, I was impressed with a guy who authoritatively kept asking those people who come and go, as well as guide those who’re lost between the lines. Much to my interest, another guy told the fingerprinting officer, “Aren’t you going to ask P-Noy to have scanners instead?” Similarly, there was a girl always ahead of me who confidently inserted herself ahead of everyone out of nowhere at the last counter. My eyes were bedazzled with disgust looking at her.

In the end, I got a hit and got cleared just last Friday. :faint: 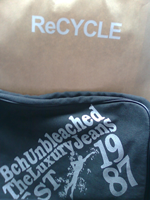 In my first week back in the metro I fortunately got a call that led me to Makati, the city that nests the buildings that’ll crumble by 2012. The early worm that I caught was cut off because the trains were not operating due to Basyang‘s visit. People were flooding the streets, and the bus felt like a train that almost stole my soul away… I landed on the 9th floor only to greet an empty front desk and a canceled interview.

I didn’t skip lunch at McDo (I know, everywhere else is expensive) with a classmate who’s working in one of the banks in the avenue. My feet were drained at the end of the day for foolishly walking ’round and ’round trying to become familiar with the place. Documents were troublesome in the rain that I awarded myself a sling bag to dispatch them.