I always tend to stay out late on Fridays. I guess it’s a rule of thumb, given that it signifies the end of another week stuffed with work, no? (Well, okay, Saturdays can be considered Fridays too.)

With two on-the-go postgrad buddies, I found myself in Padi’s Point four stations away. The expensiveness of the food and the bitter taste of the towered beer saddened me. 😆 When the party hits hit the speakers, the stage was swarmed and we were so delighted with our inability to join the stampede because of our bags. Nonetheless, pretty wild ladies in a close table raised our brows, beaming. There were no wheels to lead the night but it surely didn’t stop us from proceeding to another venue: Teacher’s Village…

Despite becoming closer to being perfectly broke, I roamed and conquered the Timog area the following night. On that night, none of us knew we were to clear four stages.

Stage 1: Dinner at Gerardo’s with, like, a bucket of twelve and six lights. The Wi-Fi presence? Just awesome. The Music? Good as always that we even discussed Akon’s angel and Katy Perry’s firework. 😎 The place will always be memorable to me, as it was where I first went out with this set of friends.

Stage 2: Turned a few macho mugs in Quattro where we also met our classmate’s acquaintance from Canada and her friend. Mestiza and can also speak Ilonggo and Bicolano, she can be considered a perfect pack. Her face absolutely opened up our night. And oh, the fish fillet specialty of the place? Is a must-chomp! That makes me wonder now if it tastes even more perfect with rice. Haha.

Stage 3: It turns out that the ladies we have have access to a place called Bliss. Jam-packed, as expected from a fine Saturday night, we made our way to the bar and asked for bottles. It was during college when I last went to such place and, based from what all I did, I really did miss it. On my third fish, though, I lost my guts when a friend of hers gestured a “go away” hand. Dang.

Stage 4: A massage was the perfect way to end the very long night. I could’ve just slept in the place ’til morn but it ain’t allowed…

The second and third stages happened again last night, with the first stage getting replaced by Garahe. Even though it was not as wild, I felt like I was tipsier…

Stressing out every detail would be fantastic, but I guess that would beat the purpose of memories. Like what I sometimes usually (eh?) do, this will only serve as a guide when the time comes that I can hardly remember. By then, I’ll extract from the depths of my memories what truly happened on those nights. 😉

As per my Molecules shirt, “Be crazy, be wild cause you are not young forever.”

Two weeks ago we were in this place called Niche located behind ABS-CBN. P396 comes with a bucket of 12 lights and a pulutan. Not bad, eh? As a bonus, there’s also a live band. Of course, if you have the talent in singing, you are very free to claim the stage anytime. 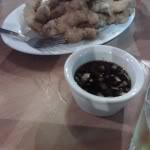 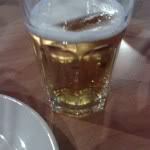 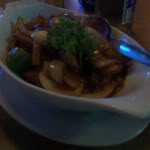